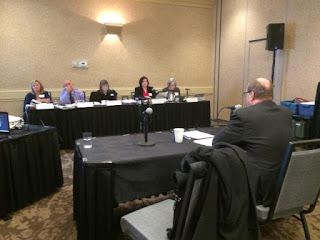 Ric McIver presenting on behalf of the PC Caucus on changes, including renaming Calgary-Greenway to Calgary-Bhullar.
Event: https://www.facebook.com/events/780048998799701/

I also acknowledge the mixed, the non-status, the Metis, the visiting Nations of Turtle Island and the new Canadians from all around the globe. The Crown signed the Treaties on behalf of those that are considered Canadians, making us all Treaty people.

When renaming the electoral boundaries, consider the names of Indigenous peoples’ that have contributed to the province. An example would be Charlotte Small, the Metis wife of David Thompson. Small spoke Blackfoot, Cree, French and English and Thompson credits her to his ability to be able to survey Alberta. Another example would be living Elder, Doreen Spence. She is one of the co-founders of the UN Declaration of the Rights of Indigenous Peoples’.

There are 444 recommendations in the Royal Commission of Aboriginal People, 94 calls to action in The Truth and Reconciliation Commission and 43 articles to implement in the UN Declaration of the Rights of Indigenous Peoples’. In the spirit of reconciliation, I would recommend looking at those documents and use them as an opportunity to have Indigenous inclusion.

Lastly, although not related to Indigenous issues, I want to advocate for the renaming of Calgary-Greenway to be Calgary-Bhullar. Although I identify as a Liberal both federally and provincially, Manmeet Bhullar worked regardless of party affiliation. He helped complete my daughter’s birth story by getting midwifery funded so other moms, like myself, who wanted a midwife but couldn’t afford it, now have access to one. Also, he was a male advocate to stop family violence, including sexual abuse. He left a family violence prevention meeting when he traveled to Edmonton on the day of his death. So as a resident of Calgary-Greenway, I hope Calgary-Bhullar is considered a legacy for a wonderful man.